In the 1880s pure aluminium was extremely valuable. At the time emperor Napoleon of France even gave his most honoured guests aluminium utensils, while the others had to make do with gold.

Since then of course, aluminium has found its way to technical constructions and is industrially formed and manufactured, but seldom seen in a context where aluminium’s beauty becomes apparent.

The New Eve bracelet is formed of extruded aluminium. By cutting the raw extrusion at an angle and in different widths, geometrical variation is reached. The bracelet is then hand polished to a natural shine.

For manufacturing reasons the bracelet is only available in one size. This means that the vast majority of men will not be able to wear it, while nearly all women are.

The bracelet was first introduced in an anodised version by Stockholm design gallery Galerie Pascale in 2008. It received the Design S award in 2008 and the Gold Award, Design Award of the Federal Republic of Germany in 2011.

Available in 3 or 4.5 (circa) centimetre versions. 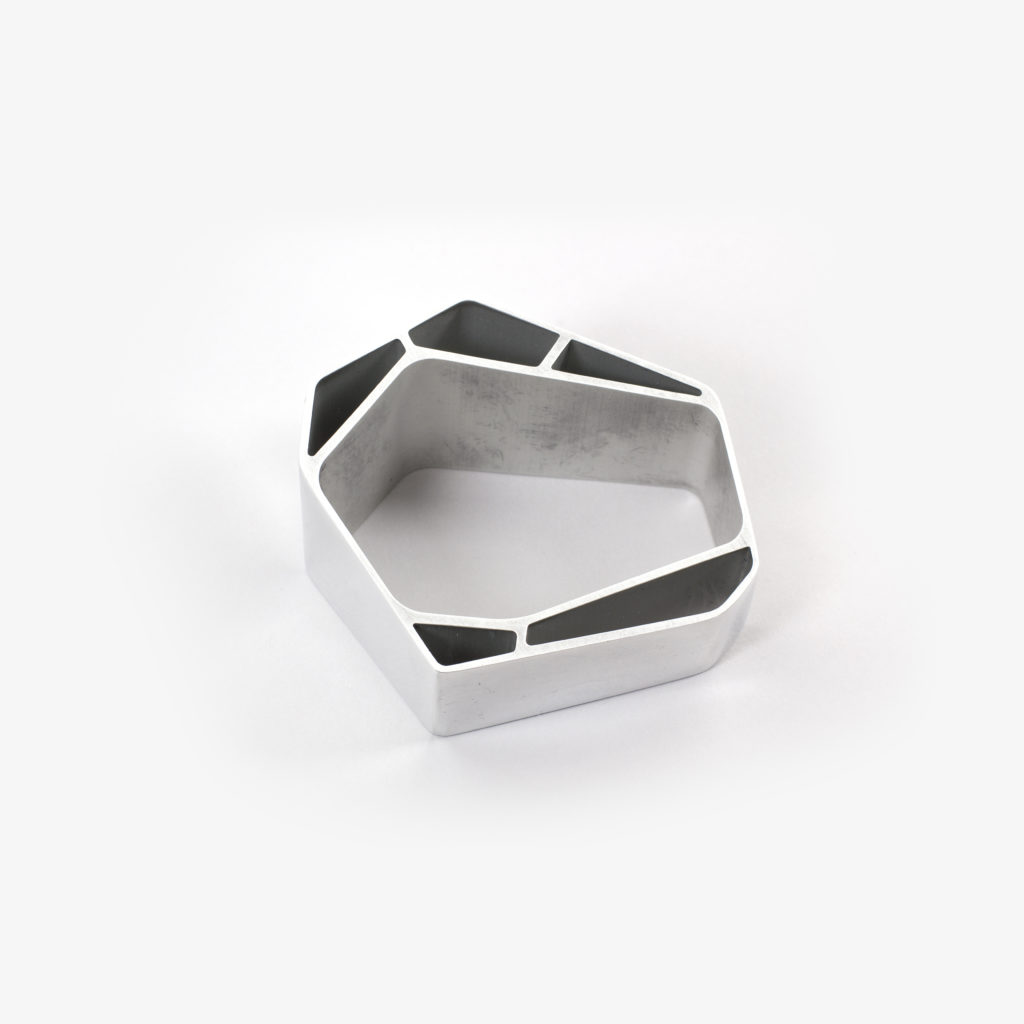 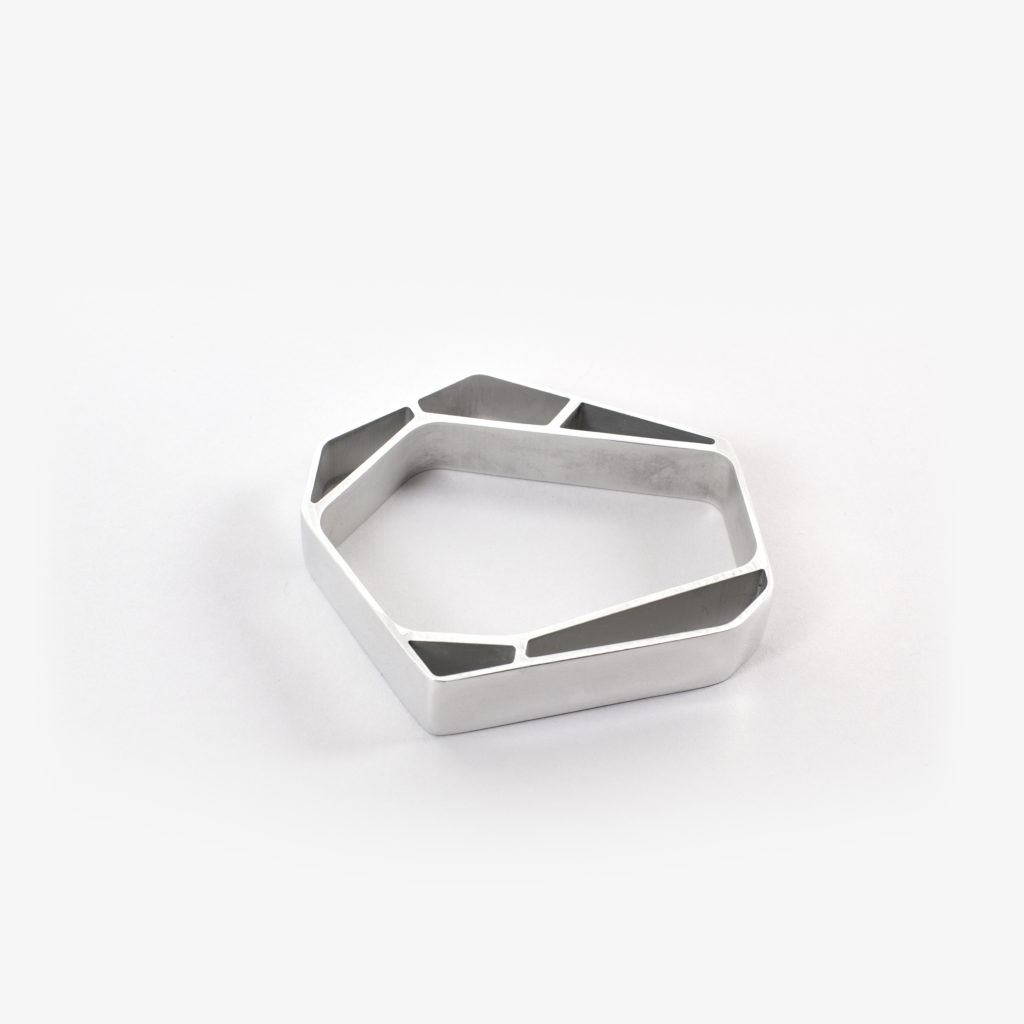