The first Smaller Objects pillow has been made in the Metropolis textile, adding an urban element to any room. The pattern is endless, with city maps morphing in and out of each other. Metropolis is woven from wool in European contract furniture quality, normally not available for retail.

“The city maps are from cities around the world – Helsinki, Berlin, Los Angeles, Hong Kong, Rio de Janeiro, Copenhagen, Barcelona, Moscow, Rome, Milan, Sydney, London, Lund, New York, Athens, Tokyo, Paris, Prague, Stockholm” – says Mårten Claesson from designers Claesson Koivisto Rune. “At first glance it’s just an abstract pattern. Then it begins to reveal itself. If you’re sharp, or a local of one of the cities, you might start recognizing streets and parks.”

Available in a vibrant green, cream white and blue. 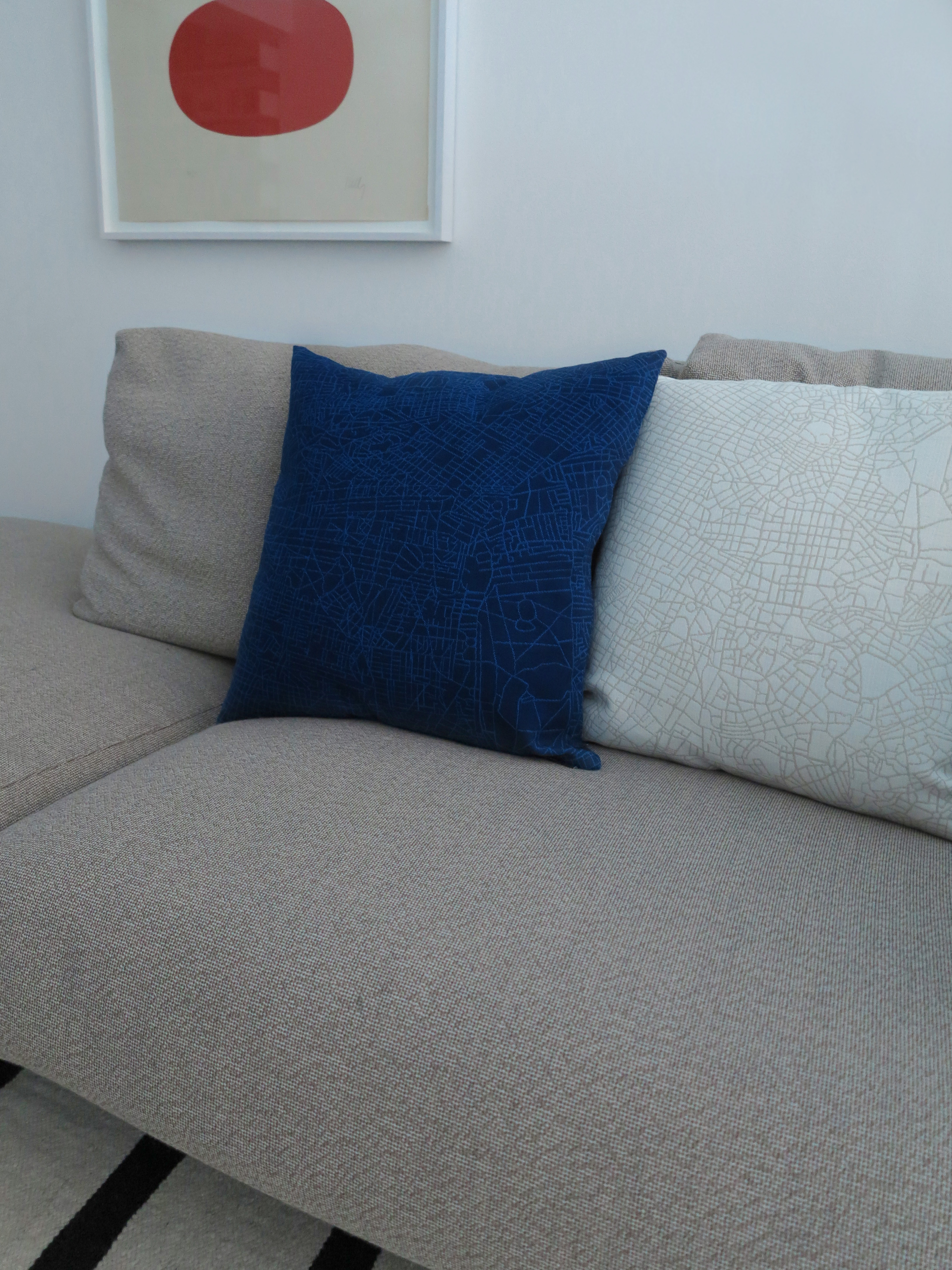 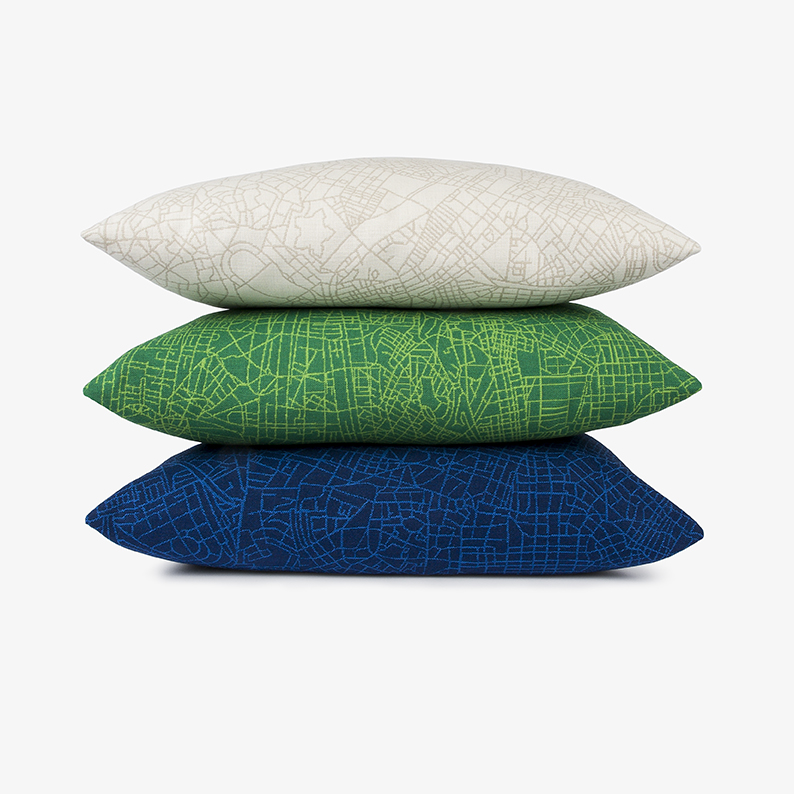 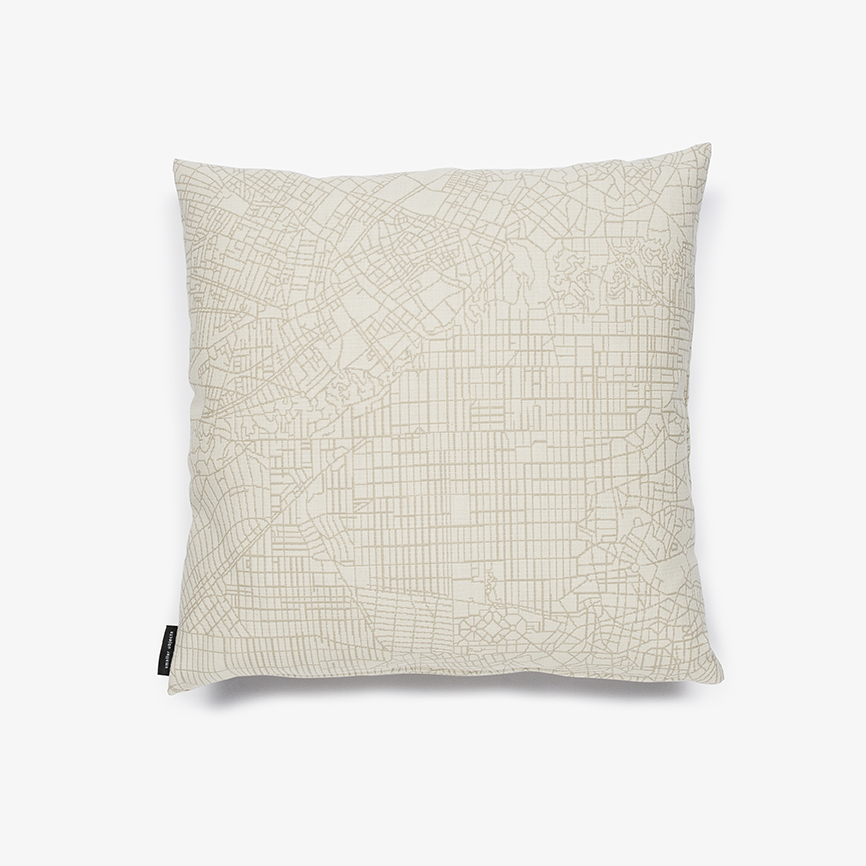 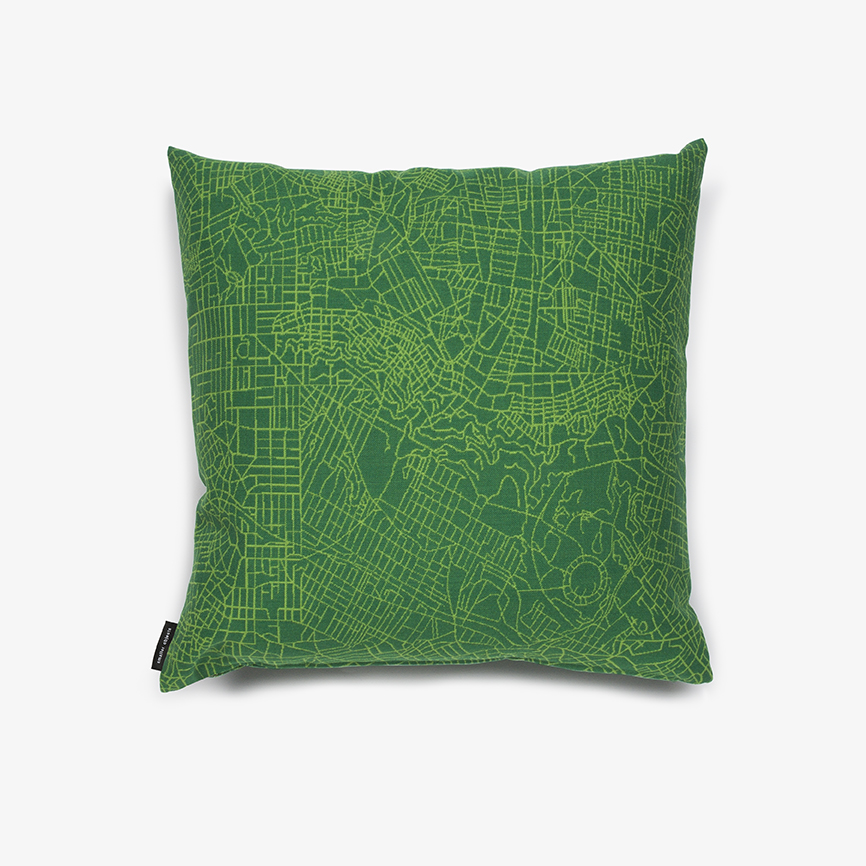